The Bridge of Friendship blog continues its series of articles about the problems Bulgarian drivers face on Romanian roads and offers some possible information about things drivers can pay attention to in order to avoid damage. This article is an interview with Romanian translator of Bulgarian origin Ivan Vasilchin, who has more knowledge from his practice as a tutor and translator for Bulgarians who have cases to deal with in Romania.

Mr Vasilchin, what should Bulgarian lorry drivers, and not just them, be aware of when trying to cross Romania? What problems can they experience?

Crossing Romania can put you in the most delicate of situations, through your own fault, the fault of other traffic participants or third parties, such as: mistakes by customs officials, petrol station officials or the case of theft in car parks.

For example, when parking in Romania, it would be preferable to make sure that the car park is under video surveillance. It is also very important to report the theft immediately, as this increases the chances of discovering the perpetrator.

Pay close attention to the road tax – vignette. Even if you buy a valid vignette for transit on Romanian roads, you might stay in customs for a longer time, so that by the time you present yourself to the customs worker it will be past midnight, and you will be fined. I know of situations like this, I believe that payment should only be made for transit on Romania’s roads, not for standing in line. In the case of H. M. for example, he was fined even though it was only 6 minutes after midnight, and due to the fact that a truck had pulled in front of him! That’s bad luck!

Other situations are when you fill in the wrong number, or the petrol station employee gets a digit or letter wrong in the vignette. As a rule, the payment of the ticket is done with the company card, which has the truck number on it, and this way it is very easy to contest the fine, provided that it the contestation is not made after 15 days have passed from the date of signing the ticket, or from the date when the ticket arrived by post. The date on the envelope is taken into account.

Of course, there are also cases where drivers have been found to have consumed alcohol or drugs in traffic. Be careful, if you are caught, you will be without a driving licence for quite some time. The tests take an enormous amount of time, in the case of N., the driver was caught in traffic at the end of November 2022, suspected of having consumed drugs, following a test for psychoactive substances, and even now the lab tests have not arrived.

Many Bulgarian drivers are complaining that their driving licence has been withheld in Romania. How can they reduce the risk of such an eventuality? What can they do after they have already had their licence revoked to protect their interests?

The most common situations are when a driver’s licence is withheld for overtaking in a straight line, overtaking on a motorway, on a stretch where signs are in place restricting overtaking for HGVs. We have also encountered situations where the licence has been withheld in cases when in Nadlac customs, drivers have tried to change the exit point from the old Nadlac customs to the new customs on the motorway and vice versa, when it seemed that there were too long queues in one of these customs. The reason for detention can sometimes be disputed if at the time of the alleged offence the driver has a witness or the car is equipped with a video camera. You can be left without a licence, for example, if you go back from the toll booth on the old road at Nadlac when it seems busy and you want to leave the country at the toll booth on the motorway, but when you return the same way you came, you can get a fine plus a licence suspension for dangerous driving on the opposite direction of the road!

Other situations we have encountered are yellow transit numbers which on the territory of Romania are not valid, and so your driving license is withheld as well as your license plates, A criminal case is opened which in happy cases is closed by the prosecutor, without punishment, or by the judge with a suspended sentence (probation) in the case of probation you can ask to have your case transferred to Bulgaria.

There are also situations when drivers leave after a truck/car/microbus without the possibility of checking papers, when leaving Western countries. It usually happens when buying second-hand vehicles from car parks. Sometimes, although no irregularities are detected at customs, you may be stopped in traffic by the police, and after checks they find that the registration card and plates are invalid or forged. An interesting example is that of a lorry passing through Nadlac customs, all in order until somewhere between Caransebeș and Orșova, when a Romanian driver called the 112 emergency service to complain that a lorry with forged number plates was driving in front of him. When the police stopped the truck, they found that the numbers were indeed false and asked the Romanian driver who called 112 how he realized that the numbers were false, he answered that he had been doing something like that himself (i.e. falsifying numbers and other black market stuff)!

It is important that a detained licence does not come home alone! If you don’t care, it will sit forgotten in a drawer for even more than a year in situations where it is retained for a traffic offence, or will travel for more than 6 months, sometimes longer or never, in situations of a misdemeanour such as overtaking on a continuous line!

What advice can you give in cases when a driver participates in a road traffic accident?

Due to the lack of highways, many accidents happen, sometimes your fault, sometimes the fault of other drivers. If you are at fault, or at least the police say you are, you will be without a driving licence for the duration of the criminal investigation and criminal proceedings.

There are situations when, the accident is minor and the criminal case is closed in a very short time, except that if you do not take an interest, or do not seek the help of an interpreter/lawyer, you will be surprised to remain a pedestrian, even for more than a year. V., drove off the road last year on June 17, crashed into a house, no major damage. The case was closed just 3 days after the incident, i.e. on 20 June, except that no one took the necessary steps to notify him of the outcome of the case, so it was only 2 weeks ago that he contacted us by phone, asking us to enquire about the fate of his licence. We immediately took the necessary steps and within two weeks the permit arrived in Germany, without him even having to come personally for it.

When you have a problem that qualifies as a criminal offence and therefore a criminal file is opened, it will not close by itself, and sometimes if you do not pay attention, and do not show up for the court date, you can even get a one-year prison sentence!

How exactly can you be helpful in some of the bad cases on Romanian roads?

We have solved situations, or we have criminal cases in Timis, Arad, Oradea, Caras-Severin, Drobeta-Turnu Severin, Sibiu, Valcea, Slatina, Braila counties, but we can travel anywhere in the country or we can solve via virtual space or telephone various problems!

Other services we can offer you are legal assistance of any kind, in any situation, including for the recovery of compensation if you have suffered an accident with serious consequences, or if you are the relatives of a person killed in a road accident, either in the case of passenger or driver, and the driver is not at fault for the accident, or even in the situation where the driver is half to blame! We can also send your licence home without you having to travel in person! 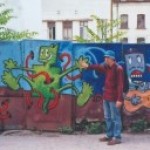